Built in the 18th century, Villa Iachia is a historical residence in Comune di Ruda, situated a few kilometres away from the Roman city of Aquileia. It was originally split into two dwellings dating from the 17th century that were merged following the union between the Morpurgo and Iachia families in 1814. Between 1870 and 1880, Giacomo Davide Iachia founded an agricultural business that would have then become one of the most important in the area.

The plots of land ran from Ruda up to Aquileia, Campolongo al Torre and Fiumicello and were used to produce wine, fruit and vegetables, including sugar beet and even tobacco, which were used in commerce in Trieste and in the Istrian penninsula. The lands were destroyed during WW1 when the Villa was turned into a wartime hospital but, due to the sheer determination of Giacomo Iachia, agricultural activity soon returned to normal, earning him the gold medal in 1922 from the Regional Committee for his contribution to the reconstruction of the destroyed land and the revitilization of the Goriziano area.

Nowadays, Villa Iachia is a patron of the fine arts and turned its agricultural activity into a tourism-oriented one, making event organisation and holidays a reality. We constantly work to ensure that the history, the testimony and the artistic and natural beauties housed in Villa Iachia are preserved. With our main objective being to make present projects become future memories, and to ensure that the generations to come will be able to enjoy this corner of paradise; of whom all of us: guests, friends and visitors should feel “guardians” of.

The Iachia Family has been the owner of the Villa for over two centuries. The family arrived in Trieste around the end of the 18th Century and was part of the upper-middle class, being related to some of the most distinguished families of the time.
Giacomo Iachia (1884-1960) married Jole Vivante (1895-1970), the youngest daughter of Giuseppe Vivante and Natalia Schmitz, sister of the famous writer Italo Svevo. The couple settled in Palazzo Vivante (ex Palazzo Corti), where Emanuele Filiberto Duca D’Aosta established the command of the Terza Armata in 1918, using Villa Iachia as their countryside residency.

In 1940 the farm was divided in 15 colonies and would extend for about 200 hectars. The mean production would be of about 700 tons of wine, 1200 of wheat, 2000 of corn, 40.000 plants of Kentucky tobacco, 2000 ones fo beet and 200 peach tress; which were awarded various prizes for their quality. The remaining fields were turned into artificial lawns where silkworms were reared.

During the Second World War the Iachia family, as many other families of Jewish origins, had to flee Trieste.
Palazzo Vivante became the garrison firstly of the fascists and then of the Nazi troupes. It unfortunately ended up being severely damaged by the bombings. Two of Jole’s brothers died in San Sabba in 1943, while the sons and nephews either joined the partisans either fled to Switzerland. The Iachia farm was requisitioned by the German troupes and suffered robberies and confiscations.
When the war ended the family decided to leave Trieste permanently to move to Bologna.

The farm underwent a drastic remodeling. During the sixties the last crops and share farming were suspended. The last colons were given the house in which they lived in as severance. When his parents passed away, Gino Giuseppe Iachia decided to renovate some of the farm’s cottages and invested on growing and selling Christmas trees for a few years. In 2006 the ancient wine cellars and other historically relevant buildings that were part of the whole architectural complex were renovated. Such a restoration was brought out with the main goal being to preserve and highlight the authenticity and history of the residence. 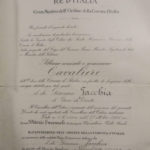 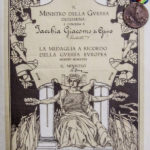 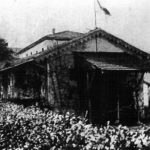 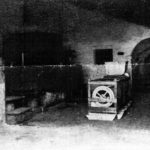 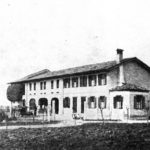 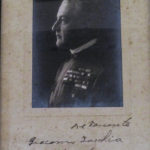