Various folders of documents where found in Villa Iachia, after various centuries of stories and history had gone by. Covered in dust, they were brought back to light for the first time in 2012. All of these papers collect the testimony of what was the farm and family’s story from the end of the 18th century to the mid-20th century. Thanks to this finding it has been possible to appreciate and value the story of these two realities and what they were able to teach us.

The “farm’s” archive is made of 25 books that date from 1945 to 1972, these are various registers that document trades and sales, especially of the fields sellings and acquisitions. A great part of these registers document the consequences of the First and Second World War and the damages and losses that were suffered. Many letters were found too. Land registry maps were also recovered, as many were the family’s personal folders that were retrieved.

Iachia’s Family archive was therefore considered of cultural interest and relevance by Trieste’s Sovraintendenza Archivistica, it has been therefore organised in sections.  The photographic archive is of great interest and is constituted by about 15 photographic albums. These are the testimony of the family’s personal life and farm activity from the middle of the 19th century until the 1950’s.

Furthermore, various culturally relevant names can be recognised within the collection. For example in the booklet “Pinocchio’s last folder”, a collection of memories, dedications and autographs of outstanding personalities from the middle of the 20th century can be found.  We are talking of names as Giacomo Puccini, those of writers who contributed to the writing of the “Giornalino della Domenica” (“Sunday’s Magazine”), as were Luigi Capuana and Ada Negri, and of exponents of the Deputies Chamber. Numerous are, as well, the postcards that range in genre, from landscapes to fashion to war themes, and that date from the end of the 19th century to the middle of the 20th century.

In 2012 we forwarded a request for protection constraints on the family’s archive, and these were established following the art. dell’art. 10, comma 3, lett. b) del D.Igs 22 January 2004, n.42. This is therefore now under the protection constraints as described in the Legislative Decree.   The archive can be consulted upon appointment, this can be taken e-mailing us at info@villaiachia.it.

Everyone appears to remember the past more fondly, whenever the present acquires greater importance.

Amongst the many stories that took place in Villa Iachia, we can find also Italo Svevo’s one. He was the brother of the great-grandmother of the current owners. He often found refuge from the chaotic city life in this “corner of paradise”.

Thanks to the finding and catalogation of the archive various documents that testimony the relationship between him and the Vivante family were found. Italo Svevo’s sister, Natalia Schmitz, married Giuseppe Vivante in 1881; she left us a list of all the wedding gifts they received, and alongside this, the names of of those who had been invited, amongst which the ones of Ettore (Italo Svevo) and Livia (Veneziani), his wife, show up.

Italo Svevo’s name was also found in a testamentary document written by Giuseppe Vivante, this is a letter also signed by him concerning his brother’s death. We also found Italo Svevo’s name, mentioned as “uncle Ettore” in what appears to be a sketch for the assignment of seating dispositions for a dinner to which he was invited. 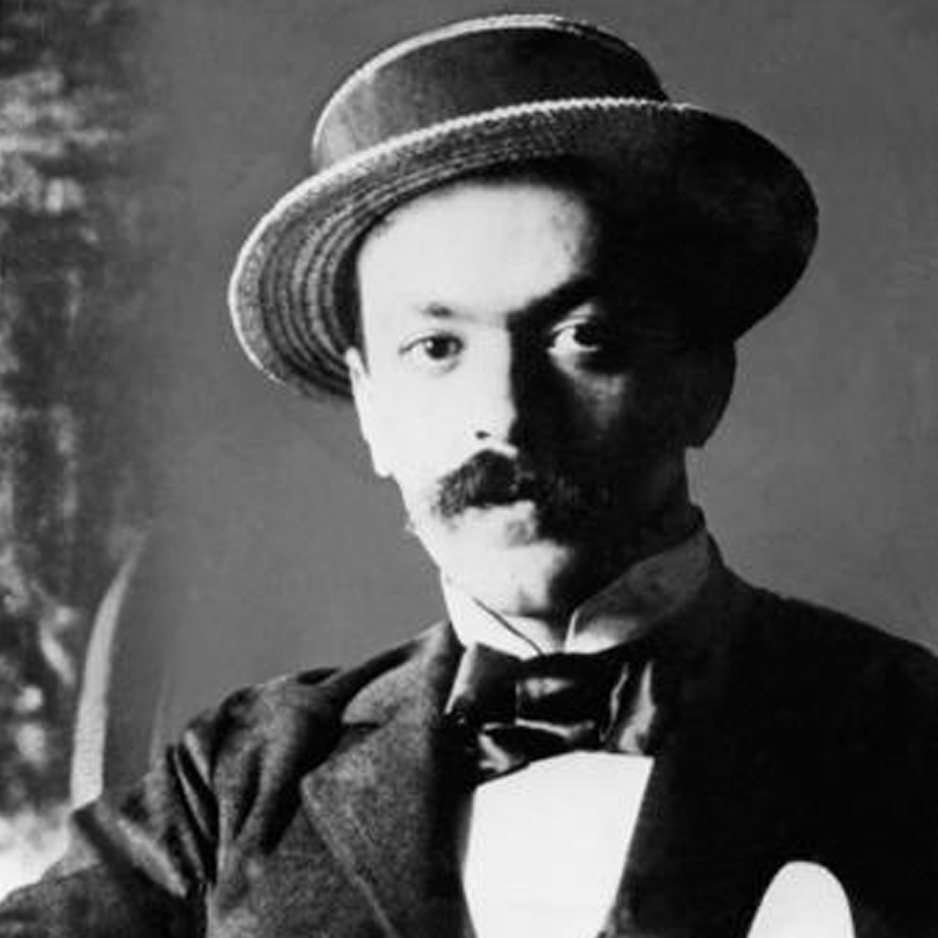 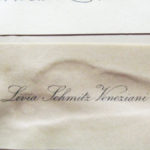 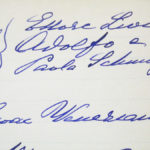 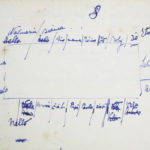